In this article, we look at how employees are seeking support for mental health at work. Both mental health issues and awareness of them in the workplace have skyrocketed over recent years. Whether it’s due to increased awareness in general, a knock-on effect from altered working circumstances during the pandemic or whether the problems would have been there anyway, is impossible to say. Sadly, there is still sometimes a taboo around discussing below par mental health and this is especially true in the workplace.

Historically, employees have feared being treated badly if they revealed a mental illness, anything from being sidelined for projects to being dismissed completely. With the recent pandemic now behind us, it’s become very apparent that more and more mental health problems have arisen as a result of it. It’s impossible to say conclusively whether that’s due to social isolation, associated family pressures (home schooling, etc.) or financial worries. In a sense it doesn’t matter because the overall result is the same – employees who are feeling metaphorically battered and bruised.

In addition, there is increased awareness of mental health through charities such as Mind and this gives people the confidence to speak up about things that are bothering them, without feeling like they’re going to be negatively judged. The net result of this is that now more than ever people are seeking mental health support in their workplace.

For many of us, work is an integral part of our lives. It’s where we spend much of our time, where we get our income and quite often where we make friends. In addition to this, lots of jobs come with an increased social circle. Having a fulfilling job can be good for your general wellbeing as well as your mental health. With that in mind, it’s important to have effective and robust coping strategies in place for when you need them. But when it comes to the workplace, it isn’t all about holding yourself together on your own, there are things that you can ask for support with and people with whom you can talk about any difficulties that you might be having.

Your employer will have a duty of care towards their employees, which effectively means that they must do all they can (within reason) to support employees’ safety, health and wellbeing. As well as day to day support, this includes things like protecting their staff from discrimination, making sure that their working environment is safe and carrying out regular risk assessments.

Which Mental health Issues can affect you at work?

Number one on this list is stress. Whilst it’s not technically counted as a mental health condition, it’s still something that can have a serious impact on your wellbeing nonetheless.

And then depression and anxiety are also prevalent among the workforce. They might not be directly triggered by work, but if they are impacting your performance and mental health at work, then you can ask for support.

There are also the major mental illnesses such as bipolar disorder (of which there are varying degrees of severity) and schizophrenia. These are usually managed outside the workplace, but if your work is aware of your diagnosis then reasonable adjustments should still be made for you. Seeking support for mental health at work is essential to maintain a healthy mind.

What Mental Health support am I entitled to at work?

The support that could make the biggest difference to you is known as ‘reasonable adjustments’, i.e. changes that are brought into your working day to make life more comfortable for you. Your employer is under a legal obligation to make reasonable adjustments for you if you suffer from mental health problems. These adjustments can be made even if the issue isn’t technically a disability. Often it’s just the simple things that can make the difference – allowing more rest breaks, for example, or working 1-1 with a senior staff member to help you prioritise your daily tasks. They don’t have to be in place forever if you stop needing them, but reasonable adjustments are an excellent way to keep the working environment working for you.

You are also entitled to time off for mental health issues. When you raise the problems, the matter should be taken seriously and your workplace should be supportive. Check your workplace absence policy to find out exactly what options you have available. The amount of time off needed can vary, according to how severe the issue is and how badly the person is affected – everyone’s experiences of mental health issues are different, there’s no ‘one size fits all’ policy.

What can your Employer do to create a Protective Working Environment?

The most effective measures are usually the simplest ones. For example, if people feel that they can talk openly about their problems then they are less likely to build up and become something much more serious. If the communication gateways are open then problems can be warded off so there’s improved morale at work, less time off being taken and there’s increased productivity as well. Sounds good, right?

These types of measures are what’s known as creating a supportive environment. Specific adjustments can include:

Ultimately, employers need to promote positive mental wellbeing at work, however this is achieved. Ideas include: educating their workforce, understanding mental health needs and creating a robust and effective mental health strategy to help those affected.

How can we help?

We understand that addressing mental health problems and maintaining a positive business outlook in the workplace can be challenging for employers, especially when they’re managing alone. This is why we’ve developed our innovative and successful training course.

We firmly believe in prevention rather than cure and through training, educating and supporting your business we can take that stress out of your hands. You might have all the best of intentions, but it isn’t always easy to bring these to fruition, especially in areas that you might not be familiar with.

PMAC are the experts in mental health awareness training in the workplace and we offer businesses the chance to become truly forward-thinking, whilst maximising profitability and reducing employee turnover/staff sickness. In addition we help staff streamline their work schedules in the knowledge that there will be far fewer bumps in the road to negotiate. We can advise staff on seeking support for mental health at work, as well as how businesses can support staff.

If you need any guidance or assistance, we would be delighted to assist. We can help with; 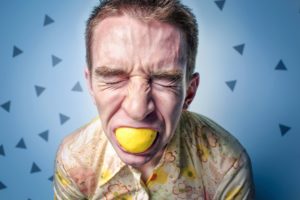